The Import-One-Stop-Shop procedure is a special regulation in the field of VAT and is intended for entrepreneurs who sell goods imported from the territory of a third country with a material value of up to 150 euros to private persons.

The Import-One-Stop-Shop procedure is a special regulation in the field of VAT and is intended for entrepreneurs who sell distance goods imported from the territory of a third country, in consignments not exceeding 150 euros. It enables entrepreneurs or agents acting on their own behalf pursuant to Article 18k of the Value Added Tax Act to centrally submit a tax return to the Federal Central Tax Office of transactions falling under this special arrangement.

Regardless of the application of this particular regulation, customs formalities must be met for low value goods imported into the EU.

The procedure is for traders who make distance sales to private persons within the European Union (EU) for consignments imported from the territory of a third country and whose material value does not exceed 150 euros.

For consignments imported from third country territory and whose material value does not exceed 150 euros, they provide an electronic interface that they assist in the delivery and are therefore treated as if they had delivered the goods themselves.

Participation in private arrangement is allowed for:

Entrepreneurs who do not reside on Community territory, if you have contractually appointed a representative residing in Germany and have notified the Federal Central Tax Office of this situation.

Representative in the sense of special arrangement:

In the sense of a special arrangement, the representative is the person responsible for paying taxes and fulfilling its obligations by the merchant who conducts distance sales of goods imported from the territory of a third country within the scope of the special regulation of Import-One-Stop-Shop on behalf of the merchant (Article 13a of the Value Added Tax Law). a person residing in the territory of the appointed country. Compare also Section 18k.1 Paragraph 10 of the Sales Tax Enforcement Ordinance.

Import-One-Stop-Shop allows entrepreneurs to sell their distance sales made in other EU Member States under special regulation,

to declare with a simplified customs declaration,

centrally submit this tax return through the Federal Central Tax Office (BZSt) by electronic means and pay the total tax.

For those participating in the Import-One-Stop-Shop procedure, deliveries of goods imported from a third country and whose material value does not exceed 150 euros are exempt from import VAT according to line 7 of paragraph 1 of Article 5 of the Value Added Tax Act.

There are several obligations associated with participation in a private arrangement. Some key obligations are described below. 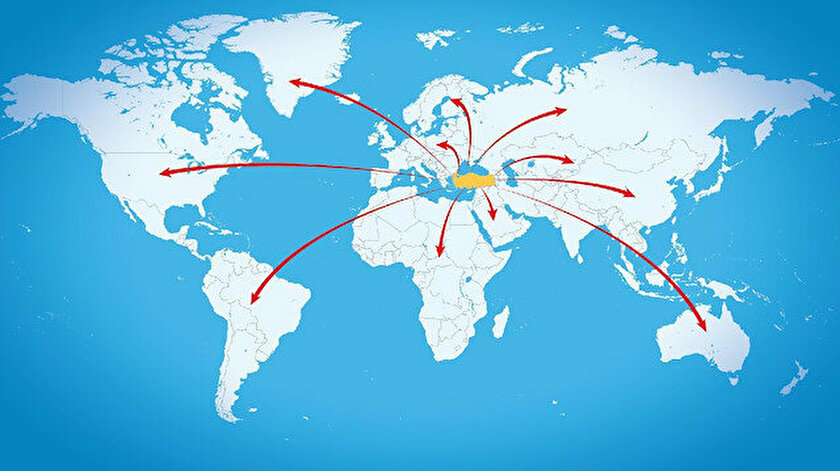 The tax return must be submitted electronically to the Federal Central Tax Office by the end of the calendar month following the taxation period. This results in the following deadlines:

April until May 31st

December Until 31 January of the following year

Tax returns (called zero returns) must be filed by the specified dates, even if no sales were made in that calendar month.

The tax return shall show the registration number, the taxation period and, for each Member State in which the transactions subject to this special plan are carried out, the following:

Also the total tax liability must be specified (calculated automatically)

Information on adjustments for prior tax periods

Amounts must be stated in euros. When converting values ​​into foreign currency, the conversion rate of the last day of the taxation period determined by the European Central Bank will be applied uniformly. If the exchange rate has not been determined for that day, the next day’s rate is applied.

Tax amounts declared in the Import-One-Stop-Shop procedure must be transferred in time for payment to be received by the authorized federal treasury by the end of the calendar month following the taxation period.

Automatic payment is not possible. Relevant bank details can be found in the ‘Bank details’ section below.

In order to check the accuracy of tax returns and payments, records of transactions made within the scope of special regulation should be kept. Records must be made available electronically to the Federal Central Tax Office, competent tax office or central competent authorities of other EU member states upon request. The retention period of records is ten years.

From 01 July 2021, a number of changes to the VAT rules for cross-border e-commerce between merchants and consumers will come into effect. They also have the effect of putting EU entrepreneurs and suppliers from third countries on an equal footing.

VAT exemption was abolished in the import of goods up to 22 Euros, and a special regulation was created regarding the distance sale of goods with a value of up to 150 Euros imported from third countries (Import-One-Stop-Shop) or third countries as the only address for import.

The advantage of this is that the trader does not need to be registered for tax purposes in all Member States where he sells goods worth 150 euros imported from third country territory and must comply with reporting and declaration obligations. However, it may declare in a single declaration all transactions covered by the special arrangement in the territory of the Community.

If the entrepreneur plans to participate in the special Import-One-Stop-Shop regulation and register in the procedure in Germany, the application for registration according to the officially prescribed data registration must be submitted to the Federal Central Tax Office by data transfer before the start of the taxation period.